The Oriental Region covers a geographical area of approximately 90,130 km2 and has a population of 2,314,346 Inhabitants, according to the 2014 General Census of Population and Housing, or 6.8% of the total population of the Kingdom. As a result, the Region’s population density reached about 26 inhabitants per square kilometer in 2014, compared to 48 nationally. It is bounded to the north by the Mediterranean Sea, to the west by the provinces of Al Hoceima, Taza and Boulmane, to the east and south-east by Algeria and to the south-west by the province of Errachidia. It is distinguished by the diversity of its reliefs, by a sea coast that stretches for a length of 200 km, by plains, rivers, mountains, highlands and the desert.

The Region represents both a gateway to Africa, a Maghrebian focal point and a Mediterranean interface open to Europe, which over the years has formed a space for the mixing of civilizations, cultures and traditions. It has significant economic assets that enable integrated and comprehensive territorial development.

The Oriental Region is made up of one prefecture and seven provinces. It comprises 124 local authorities, 28 of which are urban :

The Oriental Region has experienced a great progress and a major transformation in terms of infrastructure and the implementation of strategic and structuring development projects.  This is thanks to the royal directives of His Majesty King Mohammed VI, may God assist him, during his historic speech on March 18th, 2003, in which he defined the main orientations and a roadmap aimed at achieving take-off and regional development. The Region has, in fact, since then, made great strides on the development path. 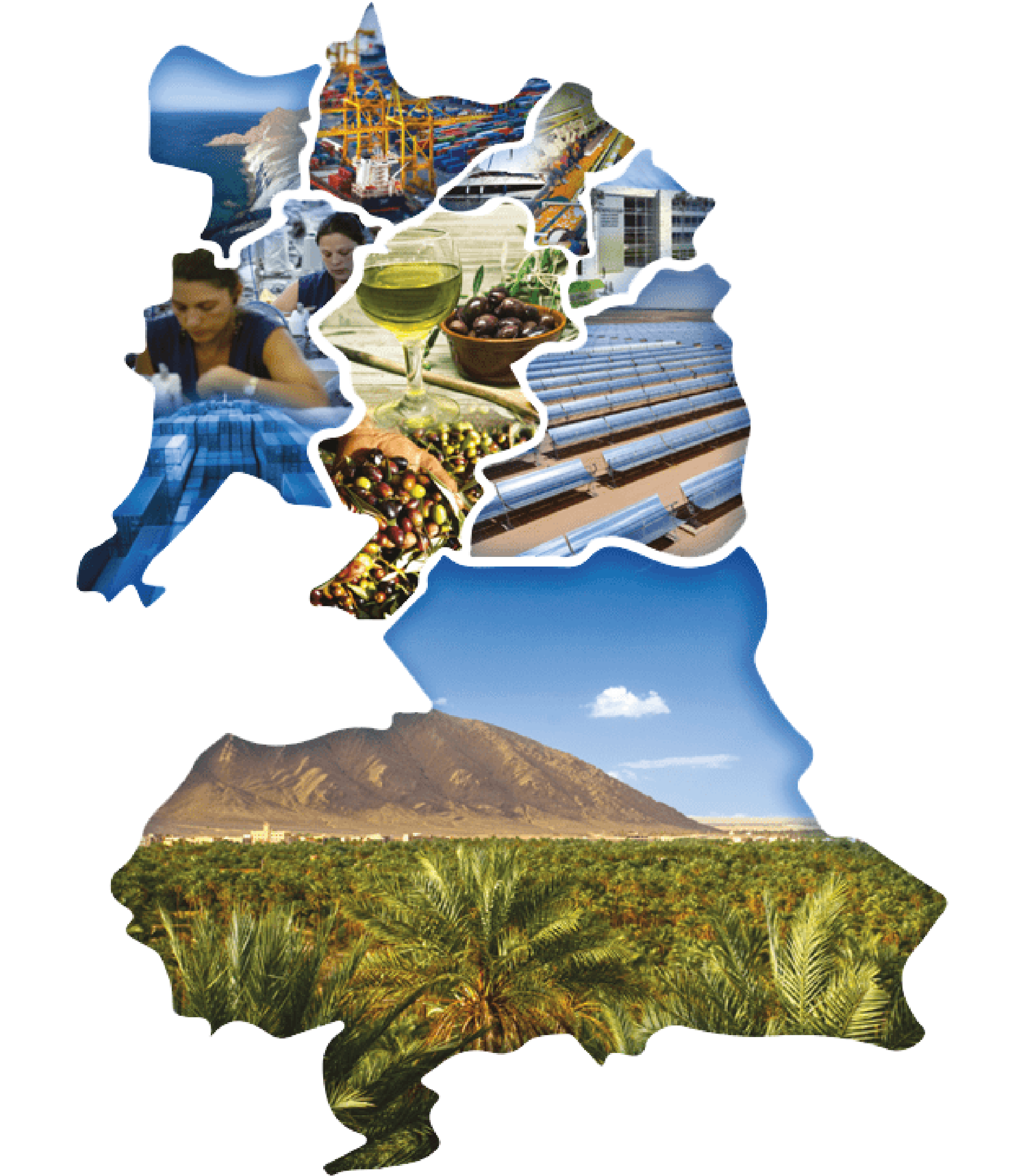